«Schema for a set of pages whose component variants are to be published in various places. In each published instance, it is set in its final form by the editor of the particular publication where it is to appear, the exact data used to correspond in each specific instance to the specific fact(s) of the published final appearance. The work defines itself in place only as information with simply the external support of the facts of its external appearance or presence in print in place of the object.» (March 1966) 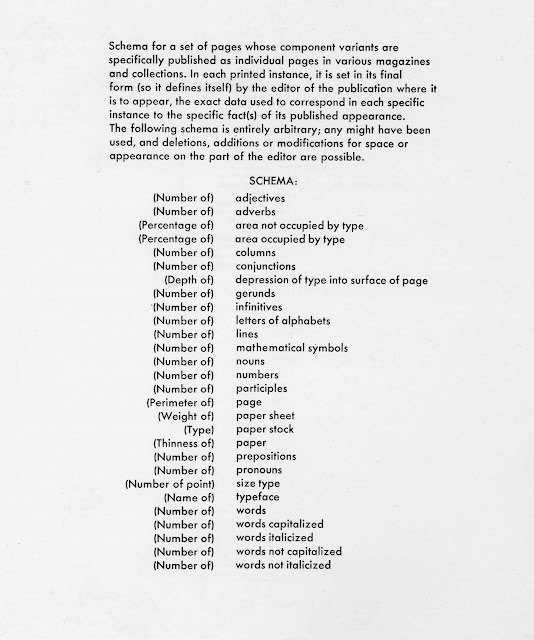